Hey y’all, what’s up?  How is the first week back after Christmas treating everyone?  I hope you all had a lovely Christmas and New Year break … and aren’t as foggy as I am this week ha. 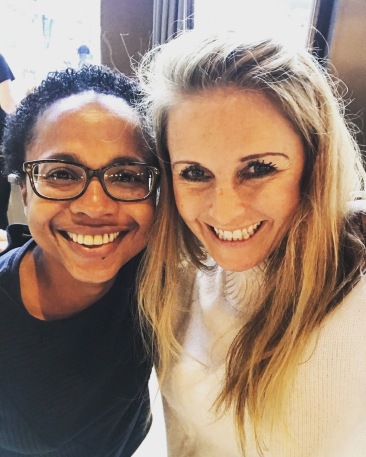 I don’t know about you, but I have felt gross this Christmas.  It was absolutely freezing in the week leading up to Christmas – and yeah I know, not compared to many places, but we’re delicate here ;)) and all I wanted to do was be inside with a nice golden latte and a hot water bottle, preferably also with at least four family-sized bars of chocolate.  I never really seem to get into the swing of things in December, there’s always so much going on that I never seem to have proper time to exercise and the less said about the quantity of food available the better!  I mean – it’s obviously all very enjoyable.  And I did enjoy it.  But I also couldn’t wait for Christmas to be over so that I could get back into some semblance of a routine!  It’s been a bit harder this year as normally I’d just run most days; however, this year of course I’m still bound to only running every third day … or at least I was until I decided otherwise, as below.  I ran on Christmas Day for a treat (God I’m so sad) and I’d planned on going to the gym on Boxing Day but sadly those plans were not to be as the gym was – gasp – closed!  CLOSED!  Rude …!  So instead I cycled over to meet my friend Susan for coffee in our favorite coffee house and then cycled back, which was at least something.

After that though came the good stuff – EEEK!  As I mentioned last week, I am back into resistance training which is SO MUCH FUN.  I mean – crippling myself with my squats work-out last week was a little disappointing BUT I did the same workout this week and I remained a functional human being after it which just goes to show how quickly muscles do regain their strength, which I find quite reassuring.  I also secretly quite like that post-work-out ache … it’s so reassuring, like you’ve actually done something worthwhile.  I’ve managed to do every resistance workout I set myself this week so far, so that’s been fab – sometimes work etc gets in the way, but I really want to make sure that I build the habit early in the year and don’t break it.

I mean – that works and all but it’s a bit restrictive, so I decided that post-Christmas I’d try running every second day and see how it went.  It’s only been one week so far BUT there hasn’t been a flare up so I’m sups excited about continuing to do that, with a view to being able to run – gasp – two days in a row by March!  That’ll give me four months before the Race to the Stones to keep building, I am SOOOOOOOOOOOO EXCITED.  Almost all my runs are on the river (the Thames) because I both live and work right on its banks, so I’ve been so lucky …. but I’m hoping to branch out to maybe a … park?!  It’s so fun planning it all! 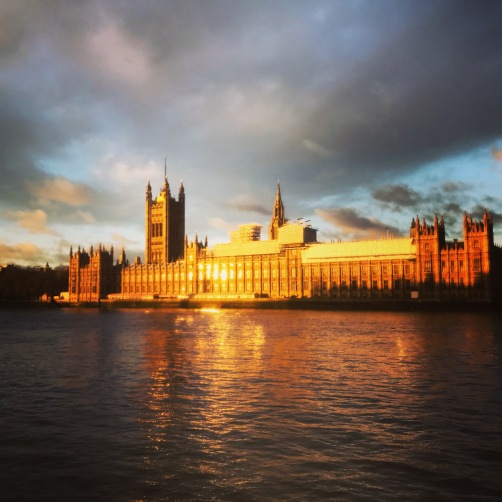 On the food front, I obviously ate my own body weight on a daily basis over Christmas, but I actually really enjoy eating well so I am soooo glad to be back to being able to eat normally (though I say that in total denial, since I’ve been out four days this week so far … and it’s only Friday eyeroll).  I know I mentioned it briefly in passing last week in respect of my goals, but my food rules are super simple:  ten portions of fruit and vegetables a day and protein with every meal (including snacks).  After that I can do what I like.  However, given that I also swapped milk for fortified oatmilk to increase my calcium intake during #leggate I reverted to being paleo pretty much by default.  I’ve been paleo on and off since about 2012 but this is the first time I’ve been more relaxed with it – as I said last week, instead of going hard out on it, I now eat fairly strictly paleo at home but when I’m out it’s fair game as long as I’ve had my fruit/vegetable intake for the day.  Whilst I’m normally more of an all-or-nothing kinda person, I find that this approach is absolutely brilliant for me because:

My favorite website at the moment for paleo recipes is Nom Nom Paleo – she has some amazing Asian-inspired recipes on there and probably my favorite is the wonton meatballs.  I literally cannot get enough – they’re so easy and quick and soooo delicioussssssss …. I make them and throw them on top of spiralized raw beets, carrot and cucumber and top the whole lot with a warm dressing of almond/coconut butter (I like the Meridien one, personally), sriracha, coconut aminos, powdered ginger and fish sauce.  It’s literally THE BOMB and even including the cooking time for the meatballs (15-20 minutes), food is on the table within half an hour tops.  Hummm I might have to have that tomorrow actually … Anyway, back in the room, I’m actually loving my spiralizer generally at the moment.  I hadn’t used it for ages but for some reason was just in the mood for spiralized stuff and I’ve been finding it great.

Well I kind of have to go, because I’m actually at work … post-Christmas motivation is at an all-time low here …. but I’ll love ya and leave ya and I’ll keep you posted next week on how things have gone after a full week of running and weights.

Have a fab weekend and speak next week!